Customer: Perlite Institute, order dated 04/22/2003
For several years there has been an increasing concern over the possibilities presence of dioxin in minerals because of the possibility of making its way into the food chain.
The issue first appeared in about 1998 in the US and was focused on dioxin levels in anticaking products used in animal feeds and feed ingredients and produced from ball clays. The US FDA continued to follow the matter and issued a Guidance for Industry that called for caution on the part of industry with regard to all mined-clays in order to remove a potential source of dioxins in the human food chain.
This was based upon analyses concluded by EPA that unexpectedly indicated the presence of dioxin in many mined clays. The guidance was updated to include non-clay anti-caking products with an advisory statement that “companies not use any clay or non-clay anti-caking products contaminated with dioxin in animal feed and feed ingredients.” The guidance was base upon analyses conducted by EPA
This was followed in the year 2000 by an addendum to NTP’s ninth Annual Report on Carcinogens which listed dioxin (TCDD) as a known human carcinogen.

In Europe, the EU Commission in August, 2003 adopted Directive 2002/32/EC establish maximum dioxin limits for several feed materials and compound feeding stuffs in animal feeds. The limit for several minerals is 1.0 ng WHO-TEQ/kg. In 2004, it is anticipated that the Directive will be expanded to include dioxin-like PCBs. As a result of the following data which was provided by the Perlite Institute the European Commission, Perlite has been exempted from this directive. 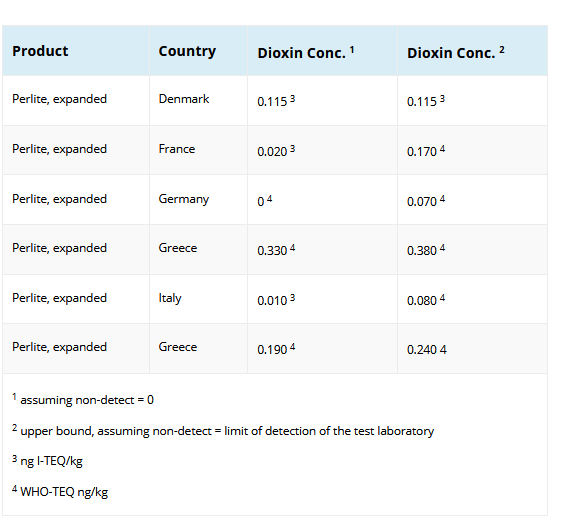 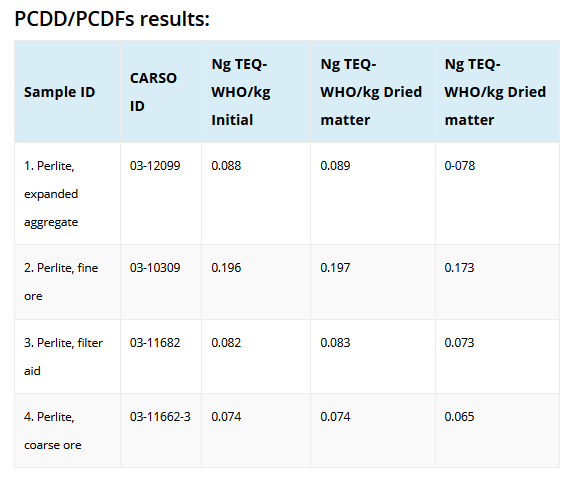 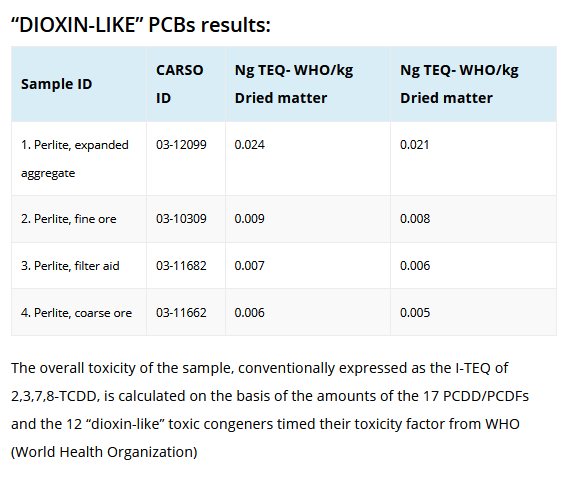